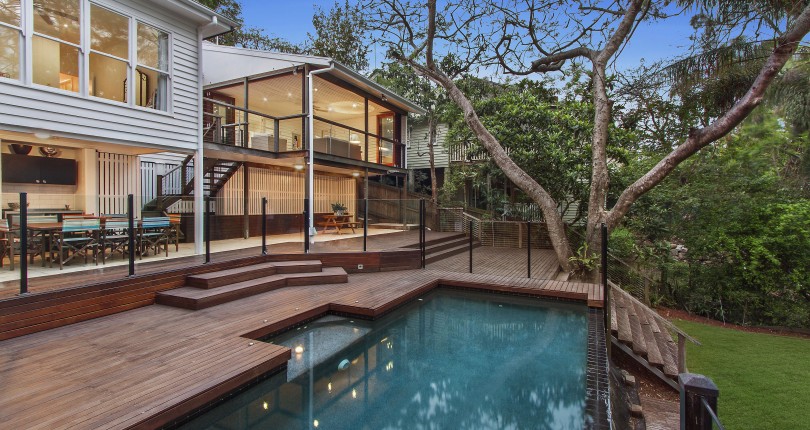 Brisbane’s property market is tipped to continue its solid performance throughout 2018, as buyer activity in the inner-western suburbs remained strong over the Christmas period and house hunters continued their search during the holidays.

Although other Australian cities are expected to see some price drops after several years of growth, Brisbane is predicted to experience more positive conditions and prices could grow faster than they did in the previous 12 months.

2017 saw the Sydney and Melbourne markets switch gear following a substantial 5 year property streak. According to Domain, Sydney’s median house price increased by a staggering $530,000 in that time, and Melbourne saw a similar increase of $350,000.

As we move into 2018, Brisbane and Hobart are tipped to be among the best performing capitals as a result of keen interest from interstate buyers who have been priced out of the Sydney and Melbourne markets.

The inner-western suburbs of Toowong and Taringa have continued to outperform Brisbane’s median house price, with an average price increase of 6.7% over the last 12 months compared with only 3.72% for Brisbane.

Toowong’s median house price currently sits at $847,500; up from $795,000 at the same time last year. Over the past 3 years Toowong has also seen the number of house sales continue to fall, suggesting home owners are holding onto their properties and forcing an increase in prices as less and less stock becomes available in such a sought-after locale.

Prestigious St Lucia proved to be the best performing suburb within the inner-west, with an impressive 24% increase in the median house price which is now sitting at $1,252,000. Continued demand for the area and its renowned schools ensures St Lucia is always a safe investment.

Indooroopilly did not enjoy quite as solid growth as its neighbouring suburbs with its median house price up only 1.29% from last year. The popular suburb saw a small drop between March and April 2017 but overall recovered and currently has a healthy median house price of $870,000.

Over the next two weeks we will be taking a closer look at Toowong, Taringa, Indooroopilly and St Lucia in our four-part ‘Suburb Spotlight’ video series. Each suburb video will highlight some of the top sales for 2017, analyse suburb trends and take a look at the changing median price and performance of each area.

Easy ideas to spruce up your garden for a Spring sale

When preparing your home for sale, your garden is an important aspect of your property which...

This September, BrisFest is bringing free concerts to our inner-western suburbs with a stacked...

Indooroopilly, Taringa and St Lucia have all recorded double-digit growth in property prices, as...