How to Identify the Different Types of Homes in Brisbane 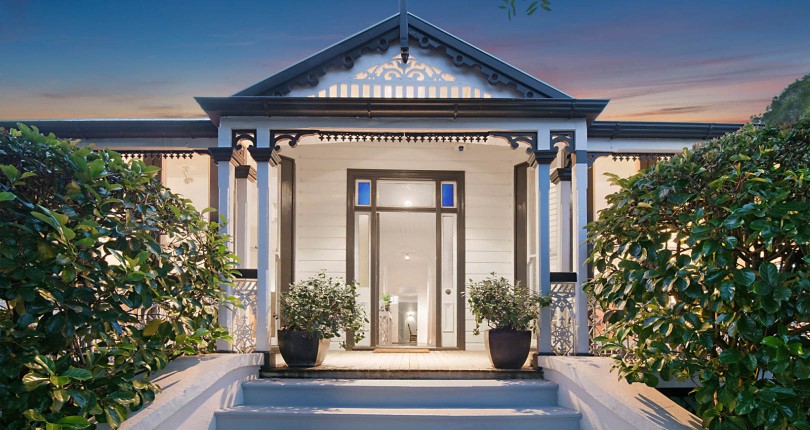 Brisbane’s architecture has changed dramatically in the last 100 years. However, in Inner-Western Brisbane we are fortunate to still be surrounded by so many character homes. Whilst we explore our neighbourhood and ponder the beauty of these historical houses, have you ever wondered what distinguishable features help you identify the era in which it was built?

We have culminated an easy guide to help you identify the different types of homes in Brisbane.

The most common style of house built in this era was the “The Settlement Colonial”. However, it’s unlikely that you would find these homes around the Inner-West Brisbane area because it was not settled in this period of time. However, nowadays these can be rarely found, due to their impracticality to suit modern lifestyles.

Identifying features of this period include the house being low to the ground with either stone or brick wall foundations. The floors from this period were generally made out of earth or timber. A simple gable roof would sometimes be extended to form the front verandah.

The most identifiable house from this era, are colonial homes, built-in 1860 through to just after the First World War. The majority of these homes were made out of timber and characterised by a sense of grandeur. The Victorian period architecture is considered to have three separate periods: early (up to 1860); mid (1860 to 1875) and late (1875 to 1901).
In the early 1860s, we saw the first residential development in the Toowong area, with the surrounding areas soon following. Soon after, in the 1870s and 1880s saw large colonial-style homes and smaller weatherboard houses were constructed. However, many of these houses did not survive the Great Brisbane Flood with others having been renovated since.

The Federation Period was aptly named due to coinciding with the federation of Australia. This period include Workers Cottages (1800s to after World War I), to a federation home, similar to a Queenslander but with stained glass windows, timber archways in hallways and Australiana decorative features. Examples of federation homes can be found commonly in Chelmer, Indooroopilly and Toowong.

But perhaps the most popular style of home which has come from this period is the Queenslander (the 1890s to 1920s). Whilst there are numerous theories as to why Queenslander homes were developed, many recognise that the increase in the stump height was to capture the breezes, escape stormwater runoff and protect the wooden structure from termites.
This change in stump height was introduced after the Great Brisbane Flood in 1893 when a lot of lower cottages were washed away.

A prominent feature of Queenslanders, apart from the higher stumps, is the British Colonial-style verandas which allowed for protection from the elements, helped with air circulation and provided an opportunity for combination living.
The Queenslander homes became less popular post-war when the demand for cheaper housing materials and construction costs were more desirable. Nevertheless, the “Queenslander” is an important part of Australia’s cultural heritage, with many still around today.

This period saw a rise in the popularity of small houses in a garden setting. Hence, the popularity of Bungalows became apparent, in particular Gabled Bungalows, which became popular after World War I. Bungalows were built similar to Colonial and Queenslander homes but were given a more distinct gabled roof, which can come in many forms, including single large front gables, gable fronting side, or multiple gables.

Another notable house style from this area is the “Mock Tudor”, from the late 1920s to 1930s. This was a development from the Arts and Crafts medievalism of the late nineteenth century, with distinguishing features including corbelled brickwork, tall chimneys and steep red roof. Examples of these homes can be found in New Farm, Clayfield and St Lucia.

The Californian Bungalow also became incredibly popular between the late 1920s to 1930s. The houses were typically made from brick, weatherboard and timber. With a low-pitched, multi-gabled roof, wide eaves, and bedrooms clustered to one side of the building. Examples of these houses can be found in Indooroopilly, Toowong and St Lucia.

The houses from this era can be identified by their stripped-back nature, with many examples being found in the suburbs of Toowong, Indooroopilly and Ashgrove. These houses began to emerge in the 1930s and would be made out of wood, later changed to pre-cast concrete in the 1950s.

Many houses have been renovated today, losing their distinguishable architectural features, making it harder to identify the style of home. However, finding out the date of construction of your home and other evidence including past owners can help you uncover the story and history behind your home.

At O’Neill Estate Agents, we pride ourselves on our local knowledge and value the rich history that this area has to offer. If you are looking to sell your home or just looking for information about the style of your home, feel free to fill in a contact form and we will be in touch.

How to get into property investment

What Buyers are Looking for in Toowong

What Buyers are looking for in Kenmore

With over 150,000 buyers actively looking in Kenmore and with the market favouring sellers, now is...

Get Fit and Healthy in the Western Suburbs!

It's not too late to start kicking your health goals at your local fitness and wellness hubs in the...

Our Top Picks for Cafés in Brisbane’s Western Suburbs

If you are new to the neighbourhood or want to try some new cafés, restaurants, and coffee spots,...