Learn, shop and play in Indooroopilly 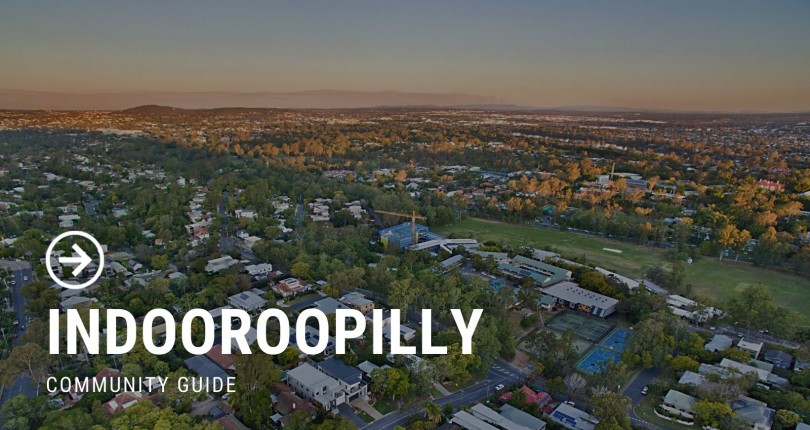 The increasingly sought-after suburb of Indooroopilly is highly regarded for its extensive list of top schools.

St Peters Lutheran College and Indooroopilly State High School are among the most sought-after schools in Brisbane’s inner-western suburbs.

The ability to be within walking distance of these educational precincts is a lifestyle many buyers rank highly on their checklist.

In particular, the properties surrounding St Peters Lutheran College are regarded as having some of the most prestigious addresses in the area.

The neighbouring streets are equally in-demand, with people drawn to the elevated views overlooking the river.

Entertainment to suit everyone

Indooroopilly Shopping Centre offers all of the top department stores, as well as boutique shops and supermarkets.

After a spot of shopping, Indooroopilly locals might head to the spectacular Indooroopilly Golf Course which lies on the riverfront peninsula.

Another highlight of the area, is the new Indooroopilly Riverwalk which is currently under construction.

The dedicated pathway is being built over the river and will connect cyclists and pedestrians between Twigg Street and Witton Barracks Park.

Once complete, the Riverwalk will link up with existing bikeways and allow pedestrians to catch the train into the city in less than 15 minutes.

Looking to move to Indooroopilly this year?

We can help you buy and sell in Brisbane’s inner-western suburbs. Contact Byrony today on 0412 132 480 or email us below.

Choose the suburb which suits your lifestyle

Choose the suburb which suits your lifestyle

Indooroopilly, Toowong, St Lucia and Taringa have something to suit everyone. Whether you’re...

A happening locality, Toowong is a blend of family centric neighbourhoods and inner-city...

Taringa offers an urban sanctuary with excellent connections to the city, as well as being just...