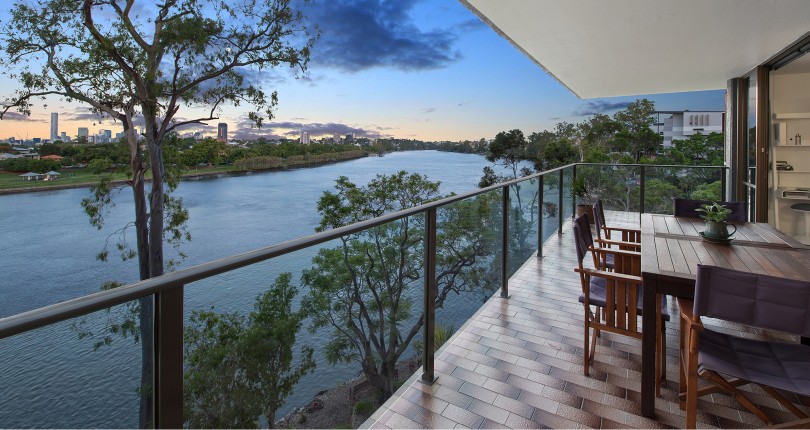 St Lucia is one of the more prestigious suburbs in Brisbane, positioned on a peninsula bounded by a bend in the Brisbane River.

The vast expanse of prime riverfront land and leafy neighbourhoods are home to many families and young professionals, as well as university students and academics who attend the world renowned, University of Queensland.

In February, the University of Queensland was named as one of the top universities in Australia, after it received multiple number one rankings in the following subjects: Agriculture & Forestry, Environmental Sciences and Sports-related Subjects.

The 2019 rankings were published by QS World University Rankings which is a highly-regarded university comparison site and internationally recognised. The subject rankings allow students to identify which universities are excelling in their area of study and where they will pursue their learnings. One would assume, the prestigious rankings attract the attention of parents, who are eager to see their children thrive at one of Australia’s top universities, whilst remaining close to home.

The Guyatt Park Ferry Terminal is to receive a complete upgrade in 2019, after the Brisbane City Council announced it was committed to enhancing St Lucia’s accessibility with the rest of the city. From mid this year, the Council will dismantle the existing pontoon and construct a new flood resilient, dual-birthing pontoon.

The upgrade will offer improved accessibility for St Lucia residents, as well as increased terminal capacity and larger, covered waiting areas. In addition to this, the Brisbane City Council has also introduced ‘Speedy Cats’ which offer peak-hour express services to the University of Queensland. Passengers can now travel from the University to North Quay in as little as 15minutes.

With easy access to the CBD and the University of Queensland, St Lucia has remained a sought-after suburb for migrating families. Throughout 2018, St Lucia real estate experienced a fluctuation in values, after the median sale price peaked at $1,229,000 in June 2017. From mid 2017 to early 2018, the market remained relatively stable, but then lenders began to enforce stricter lending criteria with buyers re-evaluating their budgets.

Property values in St Lucia real estate dipped to a median sale price of $1,082,500 in June/July 2018 when consumer sentiment was at its lowest. At this time, the Brisbane property market had paused to see what affect the falling Sydney and Melbourne markets would have on the rest of the nation.

Thankfully since the middle of last year, we have seen St Lucia real estate stabilise and values return to healthier levels. November proved to be the best performing month, with the median sale price reaching $1,203,500 and trending closer to the peak of the market in the previous year.

In the apartment sector, St Lucia has performed extremely well over the past 12 months, bucking the trend and recording a 10.17% growth from December 2017 to December 2018. The median sale price has now reached $482,000 for an apartment in St Lucia, the highest it has been since 2017.

A shift in the St Lucia real estate apartment market is evident with the sale of 6/20 Brisbane Street, St Lucia and 2/23 Bellevue Terrace, St Lucia. Both properties were neatly presented, two bedroom units, located in low-maintenance, three-story walk-up buildings. They attracted significant interest from buyers and were sold in less than 15 days, achieving $420,000 and $424,000 respectively.

Despite appearing to be in direct competition with the brand new apartments which have been built throughout Toowong and West End, buyers are actually seeing value in these older style, established complexes. We expect this trend to continue throughout 2019, with well-presented apartments reaping the highest rewards.

Have changes in the St Lucia property market affected your home?

Find out today with a complementary property market appraisal.

What will you receive?

Statistics sourced from CoreLogic and Domain.com.au

At Byrony O’Neill Estate Agents we are taking the COVID-19 situation seriously and are committed...

The latest in smart home technology

Smart home technology is changing the way we live our lives at home. What was once considered a...

What will the Brisbane property market do in 2020?

Since the start of the recovery cycle in mid-2019, we’ve seen improved market sentiment...