What we’ve seen in the Brisbane property market during 2018 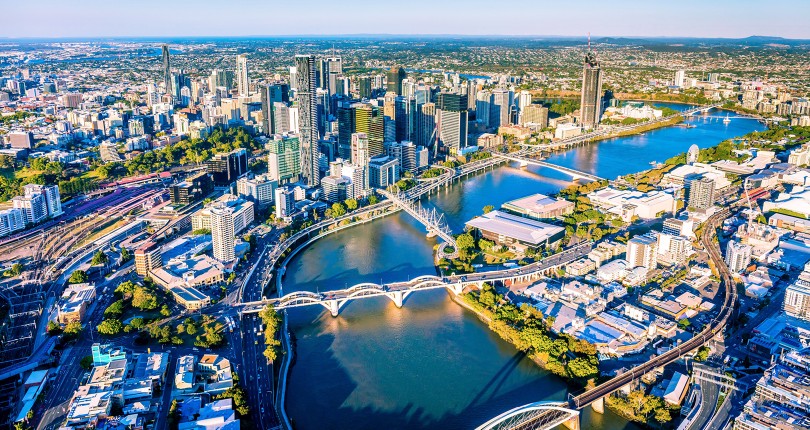 How has the Brisbane property market performed in the wake of declining Sydney and Melbourne markets?

In the history of Australian property cycles, 2018 proved to be a significant year. Sydney and Melbourne, the traditional leaders of the nation’s property market, were beginning to realise that their time at the top was coming to an end. After years of substantial growth and an increase in property values of more than 74% since the GFC, the race was over.

The adjustment in property values since then has largely been driven by ongoing falls in the Sydney and Melbourne housing markets, which have declined -11.1% and -7.2% respectively since their peaks in 2017. The downturn in the market, some more so than others, has predominately been led by a tightening of credit availability and negative consumer and media sentiment.

Ultimately, this has meant that buyers could borrow less, with investors and interest-only mortgages being the hardest hit. The property markets in Sydney and Melbourne were particularly affected by these regulatory changes, as both cities were already facing pressures from housing affordability and investors made up a significant portion of their demand.

A relaxed approached to property in Queensland

In Brisbane however, everything has moved just that little bit slower over the past few years – a more cautious and relaxed approach was adopted. Until the downturn in the southern markets, Brisbane had recorded an average annual growth of around 2% per annum. Certainly not booming, but dependable and stable.

Throughout 2018, falling property values in Sydney and Melbourne has affected growth across most other regions of Australia. Brisbane’s market has softened slightly, recording an annual increase in property values of only 0.2% to December 2018. The average number of days it takes to sell a property has stretched from 36 to 53 days, which is indicative of a more normal market.

Despite this, the Brisbane property market is underpinned by strong economic factors which should safeguard it from a significant downturn. Queensland’s interstate migration is leading the nation with 24,698 persons moving to our Sunshine State over the past year. That is 38.8% higher than the previous year. On top of that, major infrastructure projects in Brisbane were given the green light in 2018, which will drive employment opportunities and boost tourism.

In the face of uncertain times, the Brisbane property market is certainly showing resilience. Strong economic factors are providing a buffer for our river city, and we believe the minor setback in growth will be short lived. When you look at the broader picture, Brisbane’s slow and steady attitude may just see it win this race.

Have changes in the Brisbane property market affected your home?

Find out today with a complementary property market appraisal.

What will you receive?

Statistics sourced from CoreLogic and Domain.com.au

What will the Brisbane property market do in 2019?

How to buy property when there’s little to choose from

As a Buyer, the last few months of house hunting may have proven to be unsuccessful. Particularly...

Australians have proven that our love of property will not be lessened, even in the face of...

Easy ways to add value to your kitchen

At the heart of every home, is the kitchen. In our modern-day lives, it has become more than just a...